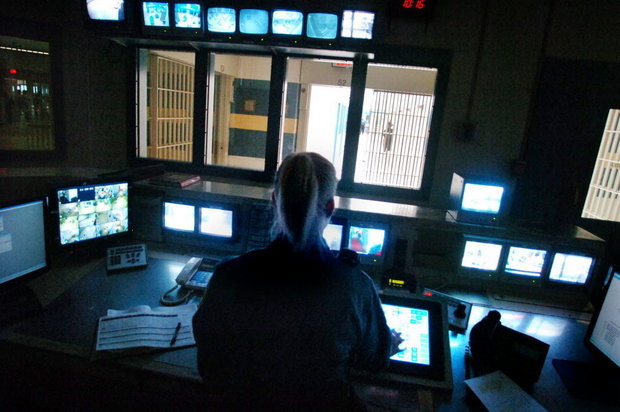 TRENTON — With a growing number of people with untreated mental illness lodged in jail, prosecutors in Gloucester, Hunterdon and Warren Counties will each receive $150,000 to divert inmates who belong in psychiatric care, acting Attorney General John J. Hoffman announced Tuesday.

The funds, spread over a two-year period, will be used to contract with private professionals who will screen, treat and provide case management to offenders diverted from jails, Hoffman said. The case managers will monitor and report back to judges, prosecutors and defense attorneys whether the person is adhering to treatment the treatment plan.

“No life is disposable, and when a criminal defendant’s problems appear to be caused or aggravated by a mental health disability, there is both a moral and a practical imperative for us to try to reclaim that life by offering necessary treatment and counseling,” Hoffman said.  “Providing these services to low-level criminal defendants with a diagnosed mental disorder is not only a cost-effective alternative to prison, but research consistently shows it reduces recidivism.”

There are far more people with severe mental illness in jails than in hospitals, according to the Treatment Advocacy Network, a national organization. In 2012, there were estimated to be 356,000 inmates with severe mental illness in prisons and jails — 10 times the estimated 35,000 patients in state psychiatric hospitals, according to the network’s data.

“Prisons and jails have become America’s ‘new asylums,’ “ according to the network 2014 report.

“Although they are neither equipped nor trained to do so, they are required to house hundreds of thousands of seriously mentally ill inmates. In many cases, they are unable to provide them with psychiatric medications. The use of other options, such as solitary confinement or restraining devices, is sometimes necessary and may produce a worsening of symptoms. Yet, when things go wrong, as they inevitably do, the prison and jail officials are blamed,” according to the report.

Phillip Lubitz, associate director for the National Alliance on Mental Illness of New Jersey, praised the program, as well as the counties Hoffman selected.

“These are low level, non violent offenders who because of their mental illness often get arrested because of nuisance offenses,” Lubitz said.

“The prosecutors in all three of the selected counties have been highly proactive in this area. Today’s grant will hopefully build momentum to make similar  programs available throughout the state,” Lubitz added.

Gloucester County Prosecutor Sean F. Dalton said the grant “will allow us to expand our mental health program and provide additional treatment opportunities instead of incarceration for this segment of our population.”

Hunterdon County Prosecutor Anthony Kearns III said he has seen the drug court program provide “a very successful tool for drug offenders to change their behavior and put their lives back on track. I’m confident we will find the same success with the mental health diversionary program.”

The money comes from the State’s Drug Enforcement and Demand Reduction Fund, supported by fees imposed on convicted drug offenders. Each county will also contribute $50,000 in monetary and in-kind contributions, according to Hoffman’s announcement.

The program began in 2014, when the Attorney General’s Office gave Essex and Ocean counties $150,000 to create the mental health diversion programs, Hoffman said.