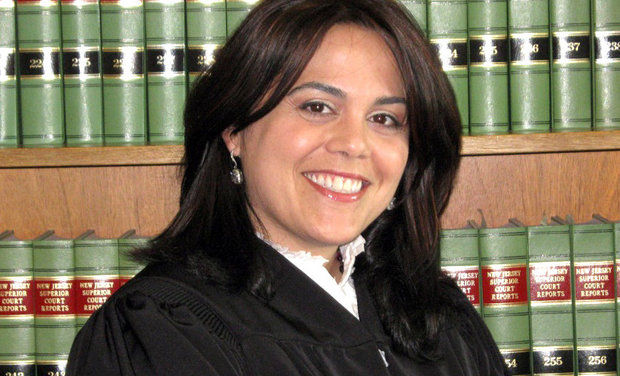 CIT-NJ would like to congratulate Esther Suarez, Hudson County’s first female and Hispanic lead prosecutor. We wish you well and look forward to working collectively with her on the Hudson County CIT-NJ program.

Esther Suarez, a Passaic County judge and Bayonne native, is set to become Hudson County’s first female and Hispanic lead prosecutor after a unanimous vote by the state Senate this afternoon.

Suarez, of Secaucus, will replace Guy Gregory, who has been the acting Hudson County prosecutor since August 2012. Suarez’s appointment will run five years.

Suarez, a registered Democrat, could not be reached to comment.

The appointment of Edward DeFazio, Gregory’s predecessor, was not renewed in 2012, and Gregory was named his temporary replacement, with DeFazio becoming a Hudson County Superior Court judge. The search for a permanent successor dragged on, with Gov. Chris Christie in June 2014 saying Hudson County’s three state senators couldn’t agree on who should replace DeFazio.

“She seems to be a very strong woman and she has some really innovative ideas,” Cunningham told The Jersey Journal. “I think she’s going to be very, very community-minded, which is very important to me.”

A request for comment from state Sen. Brian Stack, D-Union City, was not returned.