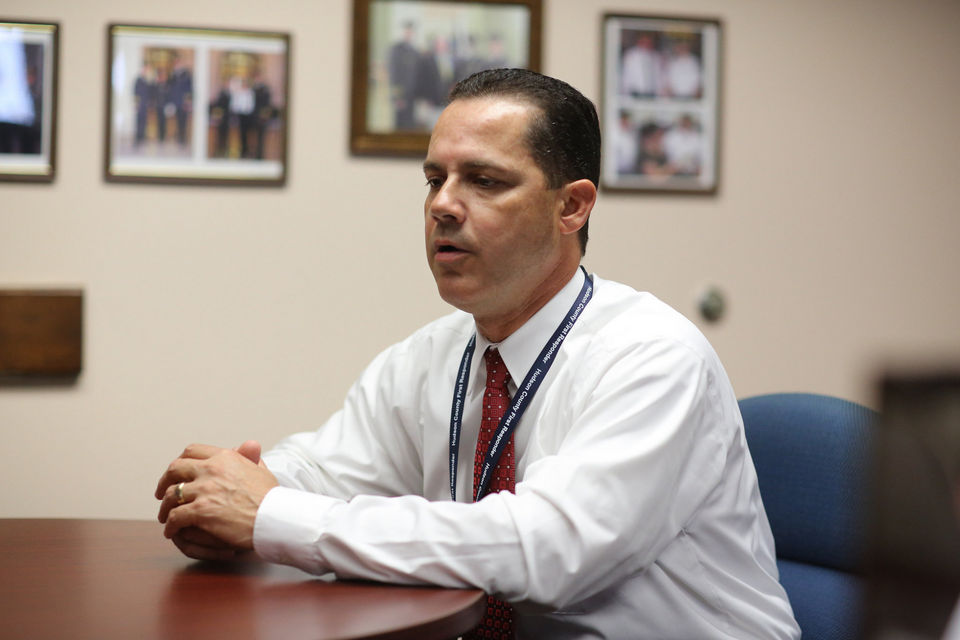 JERSEY CITY — Oscar Aviles, Hudson County’s department of corrections director, is retiring next month after 26 years on the job.

Aviles, 49, rose from line officer to become head of the department in 2004. Tish Nalls-Castillo, a deputy director, will succeed him in an acting capacity.

“Corrections is a demanding field, the work is stressful,” Aviles said in a statement issued this morning, “but I am proud of all that we as a department — officers, supervisors and civilian staff — accomplished to raise professionalism in our ranks and to treat those in our custody as humanely as possible.”

Though Aviles is the No. 1 guy at the Hudson County jail in Kearny, he’s receiving praise today for what he’s done for inmates after they are released. His support of a robust prisoner re-entry program, intended to integrate offenders back into society, was “tremendous,” his friends and colleagues told The Jersey Journal.

Freeholder Bill O’Dea said Aviles “started out slow” in that area, but in the end became “a very good advocate” for ex-offenders and has “developed a real passion for it, too.”

“Oscar has been a relentless advocate for re-entry,” McGreevey said.

Last year, Aviles acknowledged in an interview with NJ Advance Media that embracing the program involved a change in his own philosophy.

“It was easy for me to say, ‘I’m the warden, this is my facility. What happens when people leave here, it’s not my problem.’ So this is a major shift, ”

Hudson County Executive Tom DeGise, announcing Aviles’ retirement plans in a statement today, called him “a national leader in the field of corrections.”

Aviles “recognized for his humane and innovative approach to the vexing issues facing county correctional facilities in urban areas where the cycle of addiction and incarceration exacts a brutal toll on those caught up in it and demands ever-higher bills for taxpayers,” DeGise said.