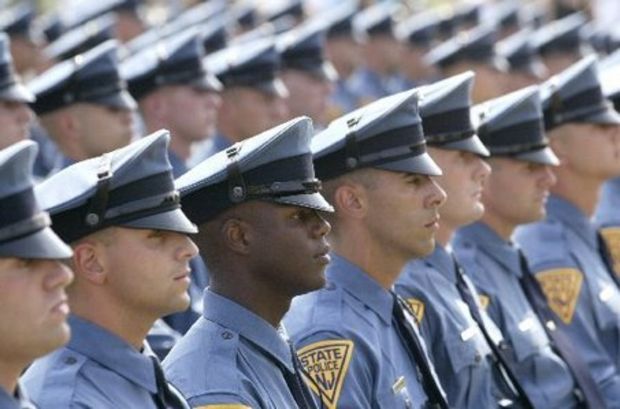 Funded by the New Jersey Division of Mental Health & Addictions Services, along with the Department of Human Services and the Attorney General’s Office, the Crisis Intervention Team Center for Excellence provides law enforcement with in-depth mental health knowledge and crisis resolution skills, all while bridging the gap between police and psychiatric care.

“The goal is to have officers responding in a situation in a way that will reduce risk of violence and injury to anyone involved,” said Mary Lynne Reynolds, executive director of the Mental Health Association in South Western New Jersey. “As much as possible we want to prevent incarceration, and instead link people with the treatment they need.”

In 2005, Reynolds sat on a committee that worked to bring the CIT program to the state following the murder of an inmate inside the mental-health unit at the Camden County Correctional Facility.

Known as the “Memphis Model” of pre-arrest jail diversion for those in a mental illness crisis, the program is a 40-hour training session for officers, EMTs and other first responders.

During the week, attendees learn what a mental illness is including the signs and symptoms, speak to local veterans who suffer from mental illnesses, wear a schizophrenia simulation headset, spend a day in the mental health floor of a county jail, visit a crisis center, discuss myths and perceptions and experience an audio-visual delusion simulation.

In addition to these exercises, officers have an opportunity to talk with a person who suffers from a mental illness while outside of a crisis situation.

“We get a call when it’s at its worst. Now you’re able to talk to them and see them as a person. Its a powerful thing,” State Crisis Intervention Director Ed Dobleman said.

The goal is to have officers responding in a situation in a way that will reduce risk of violence and injury to anyone involved.
The training is designed to develop empathy, and keeping that aspect in mind, officers undergo a cop to cop program where they can discuss post traumatic stress disorder, depression, suicidal thoughts in an effort to recognize their own symptoms of being in the field.

“That’s a big stigma so we show that when we’re talking about a mental illness, you yourself can end up on that path,” Dobleman said.

Regarding de-escalation tactics, he said that officers need to slow down when facing a crisis.

“Take a step back, and slow the scene down. Often police rush into things. We want them to listen to what the person is saying,” Dobleman said, adding that officer safety is still the priority.

In 2014, Warren County held its first CIT program in September, and plans to hold a second training week in April.

While getting all officers in the county trained in CIT may be out of reach, Reynolds said the goal is to have at least one officer trained in CIT on duty throughout daily shifts.

Hudson, Bergen and Cumberland will all host their first CIT programs this year, however, Sussex, Essex, Morris, Somerset, Middlesex, Monmouth, Gloucester, Salem, Atlantic and Cape May have yet to embrace the program.