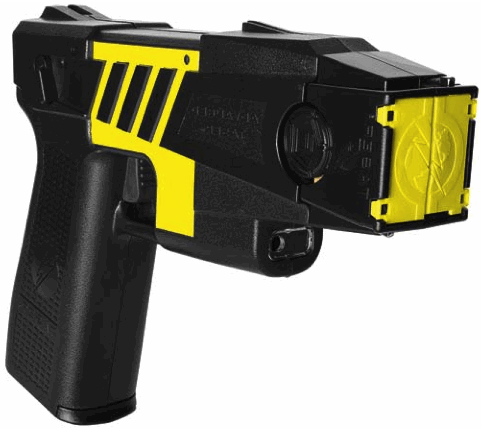 Camden County Police Officer Sean McMahon has felt compelled to use his department-issued taser twice. Once on a knife wheedling emotionally disturbed man. He said, “Anytime you can resort to saving someones life and not having to use force is a win for us. The best part about it is he was uninjured. Neither one of us had to get into a physical altercation.”

But, in Denville, the use policy of stun guns or CEDs, conducted energy devices, was considered so restrictive the police department avoided the weapons.

“I don’t believe that there’s a police department in Morris County that ever had them. Old directive had a chilling effect that prevented us from using them,” said Denville Police Chief Chris Wagner.

Nationally complaints have swirled around the use of stunguns. Now, New Jersey’s arming officers with a relaxed and revised set of guidelines.

The outgoing acting AG says after studying the issue, there’s one main reason for the revision.

Hoffman says over the last four years, New Jersey officers used the stun gun 70 times where deadly force was appropriate and he found no instances of abuse or major injuries. 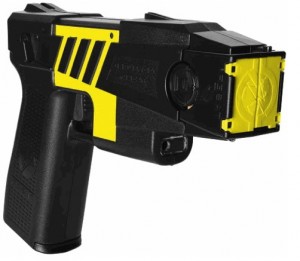 a police officer in a position so they don’t have to shoot a gun?” Hoffman asked.

The new policy allows an officer to use a stun gun if a person actively resists an arrest, is armed with a deadly weapon or threatens physical force. The officer must believe someone poses a substantial risk of causing bodily injury before discharging a stun gun. Under the previous policy, an officer could use a stun gun only if he or she believed a person’s actions could cause “death or serious bodily injury.”

But, in a statement the ACLU of New Jersey says, “The policy greatly expands the authority of police officers to use stun guns against civilians. Evidence shows that while stun guns might be considered “less lethal” than firearms, they still can and do kill people. Nor has the use of stun guns led to a decrease in the number of people shot by police.”

Chief Wagner heads the State Police Chiefs Association and says officers cannot stun gun someone if the person just stands there after an officer says “you’re under arrest”, only if the person actively resists.

“And that is going to stop likelihood that police are going to use deadly force. It gives us an option in between us putting our hands on someone and pulling out a firearm to stop something from escalating and going really bad,” Wagner said.

Chief Wagner now says his department will get stun guns because officers will have a greater likelihood of saving people’s lives.