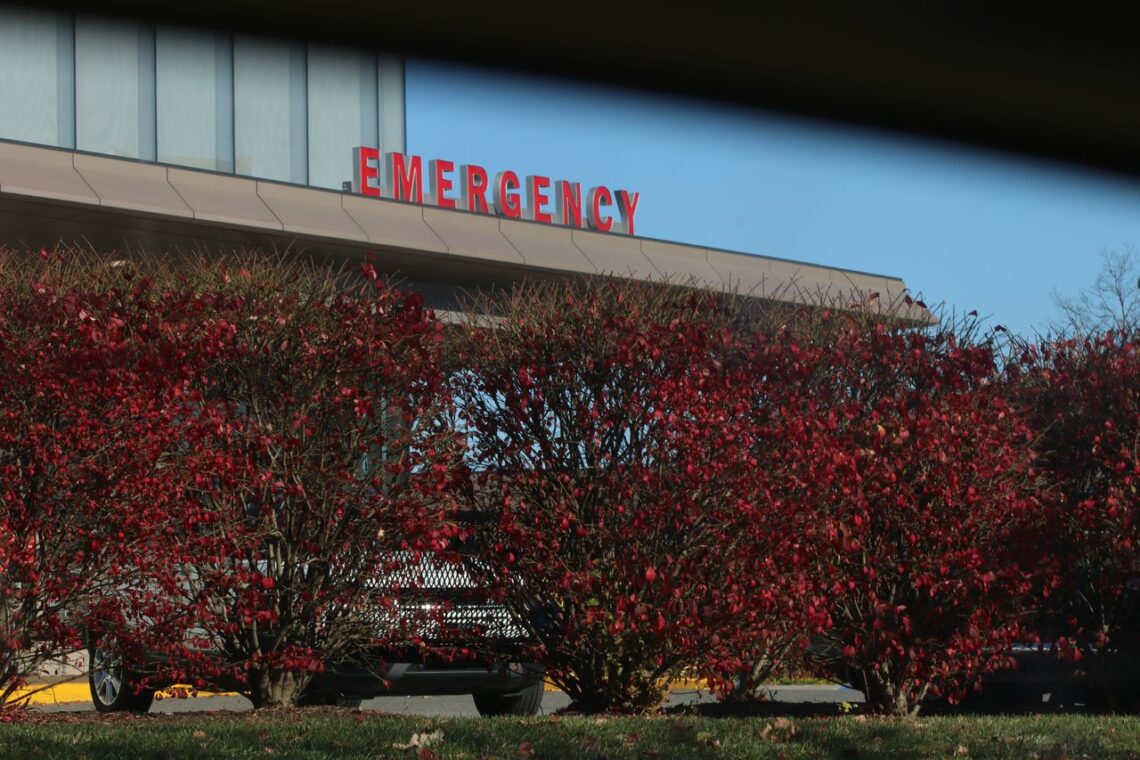 STATEN ISLAND, N.Y. — Months after the coronavirus (COVID-19) first ravaged Staten Island, health care workers on the borough are once again staring down a flood of infections that is slowly filling the borough’s hospital beds — only this time, the mental stresses wrought by the first wave are an equally-daunting problem.

Interviews with three nurses, a hospital executive and a social-work expert have shed a light on the damaging mental effects the coronavirus outbreak has had on health-care workers as the city moves toward a new stage of the pandemic.

Those effects, coupled with the culture of the nursing profession — viewed by experts as not being conducive to discussing mental health — have raised questions on the effectiveness of services available to those who are suffering and concerns about a seemingly-inevitable fallout of issues exacerbated by the virus.

“I think every nurse is a different person and a different kind of nurse now,” said an ICU nurse at Staten Island University Hospital’s (SIUH) Prince’s Bay campus who requested anonymity.

“I don’t know if it’s more being numb, or being more prepared,” she said. “I feel like there’s definitely some sort of PTSD involved.”

Approaching the height of the pandemic in March, nurses who spoke to the Advance/SILive.com detailed a coronavirus nightmare that saw a startling number of hospitalizations and deaths in quick succession within the Island’s two health care systems.

“You would just get hit with all these patients dying at the same time, and there was no time to process any of it,” said the ICU nurse. “You just had to keep going. Put your feelings aside and just work.”

Now, as nurses are beginning to process the grief they endured during the first wave of the outbreak, a new wave is emerging as hospitalizations have now reached levels not seen since the beginning of June.

The mental health effects of the coronavirus on patients are becoming clearer as the pandemic progresses, and the outbreak has worsened addiction issues on the Island that experts feel are being largely ignored.

A nurse in Richmond University Medical Center’s (RUMC) Psychiatric Emergency Room said she has seen an increase in drug-induced patients since the onset of the pandemic and has witnessed the disastrous effects of the coronavirus on the mental health of her patients.

“You have your patients who are trying to use drugs to kill themselves, to forget things — to kind of like forget what’s going on,” the nurse said, “because they have nothing to do.”

That increase of patients has also placed an undue burden on the nurses on the hospital floor, she added, explaining that it has become more important than ever to communicate with her colleagues about mental health.

“We learn how to not internalize it, kind of work through our problems,” she said. “PTSD is a big thing for nurses in psych.”

Her specific field — psychiatry — makes speaking about mental struggles more accepted than other nursing departments, she said, which has allowed her to leave her stress “at work.”

“We work in such population that talking about mental health is not an embarrassment for us,” she said.

That is not the case, however, across the nursing profession.

Dawn Cardello, an SIUH nurse of over 33 years and member of the New York State Nurses Association’s executive committee, said she witnessed the stresses her nurses experienced first-hand.

“Nurses, we’re traditionally flexible. We deal with a lot of things — we bounce back and move forward,” said Cardello, “But we all know this was very different. It definitely has affected most nurses.”

The onslaught of concerns over personal protective equipment that plagued staff early in the pandemic, coupled with the unfathomable number of deaths in quick succession, left even veteran nurses struggling.

“I truly felt it, I felt the anxiety of my co-workers,” an emotional Cardello said. “A lot of nurses cry alone.”

Dr. Timothy Sullivan, the chair of Psychiatry and Behavioral Sciences at SIUH, called the stresses nurses faced during the spring “extremely difficult” and said Northwell Health — which operates SIUH — has established multiple efforts to address growing concerns surrounding the mental-health effects of the virus on staff.

“They were on the front lines, they were in rooms with patients with active COVID,” Sullivan said. “They’re having to talk to families about health care decisions, and so on, and all in an environment which we had not a lot of information.”

Nurses were often given a “difficult burden” during the height of the pandemic on the borough, when over 500 residents were hospitalized between the Island’s two health care systems, said Sullivan. Since then, a web of support was created by Northwell Health that includes an employee hotline and a program that specifically addresses stress and resilience.

Northwell’s Center for Traumatic Stress Resilience and Recovery, which previously focused primarily on working with veterans, began providing trainings to staff that would equip them with techniques — such as psychological and stress first aid — that are currently used by the military.

Sullivan said that transition was an integral one, as commonalities exist within the cultures of nurses and members of the armed forces.

Nurses often treat their co-workers like a “team … kind of like troops going into a battle,” he said. While he recognized that approach as “important,” he also admitted that “it makes it hard for people to acknowledge stress.”

The program, implemented by Northwell and piloted at SIUH, is centered on both addressing the current mental state of staff while also cultivating an environment that makes mental health more accessible to speak about.

Stress first aid, for example, “was developed in the military as a kind of prophylactic or preventative strategy that would help teams in military to be able to help one another to do self checks,” said Sullivan, “and to create a culture and a language that would make awareness of and comfort speaking about stress more normal.”

There are roadblocks, however, to initiating programs like this. Buy-in among staff is necessary, and toppling decades-old expectations of avoiding mental health struggles within the profession is a tall task.

“Staff members saw young people dying quickly, people dying alone, their families not able to be with them, and that’s not stuff we’re used to.” Sullivan said. “So, that notion that it has affected people in a lasting way … is understandable.”

“We’ve got to find a way for people to talk about that with one another,” he said.

The hospital’s coronavirus hotline for staff, according to Sullivan, has quieted down since the height of the pandemic on Staten Island, and the unknown of the mental health struggles lying just under the surface is a considerable concern.

“The difficult part is not knowing exactly what’s out there,” he said.

To overcome this, Sullivan said the health system is training leadership on the floors of the hospital to become “coaches” of the program in the effort to work within the already-established “team” mentality. Some members of SIUH were slated to complete the training by mid-November and were expected to enact the approach shortly afterward.

By integrating these techniques within the culture of the hospital, Sullivan said the health care system hopes it will help create constructive conversation.

So far, he said “there’s good buy in,” but acknowledged, “it’s really the iceberg under the water that we are unsure about.”

“And so that’s why we’re pressing ahead with these efforts,” Sullivan said.

Dr. Paul Archibald, assistant professor within the School of Social Work at the College of Staten Island, said the fallout of the first wave of the coronavirus is expected to leave “an aftermath of a lot of mental health issues once the PTSD kicks in.”

Archibald said the timing of the second wave of coronavirus hospitalizations is especially concerning, as “It takes about six to eight months for the symptoms of PTSD to start showing itself.”

“It’s like me watching somebody get murdered and six months later I’m going through treatment and working through it, symptoms start to show up, and then I see another person get murdered,” Archibald said. “That’s what’s happening.”

Nurses experience a range of traumas in their everyday routine, according to Archibald, and the effects of those mental wounds can start to alter an individual’s world view — causing a nurse to undergo a series of drastic changes, including becoming potentially cynical or fearful.

Even those not fully traumatized by the COVID-19 pandemic can suffer “vicarious trauma,” which is the result of working in the vicinity of others who have suffered immensely. That, said Archibald, could lead health-care workers to experience secondary traumatic stress or compassion fatigue.

“I’m really concerned for the nurses and first responders and people who are working this COVID-19 pandemic,” Archibald said. “We have to make sure that mental health is a major part of this.”

When contacted by the Advance/SILive.com, Alex Lutz, a RUMC spokesman, said the hospital does not specifically have a program for nursing staff to address mental health; however, the hospital has created a hotline that can refer anyone who is need of ongoing treatment.

Services are provided through RUMC’s Center for Integrative Behavioral Medicine at South Avenue, said Lutz, adding that the hospital has offered services to employees, their families and friends.

“We have dedicated experienced Behavioral Health clinicians who are available to staff needs at all times and we also make sure staff members get immediate appointments in our clinics once the contact is made,” said Dr. Joel A. Idowu, chairman of RUMC’s Department of Psychiatry & Behavioral Sciences. “We do the same for referrals coming from our employee health department for our services.”

Commenting on the hospital’s hotline, the RUMC nurse said that staff within her department are unlikely to utilize the service.

She said that collaboration between nursing departments or specific programs crafted with nurses in mind would be more effective in addressing underlying issues that are facing staff as the Island enters a period of heightened hospitalizations.

And as the “second wave is coming up,” the nurse said the staff are working through the same difficulties they pushed through mentally about eight months ago. “Yes, we’re more prepared, but at the same time — who’s working through it?”

Archibald stressed that having programs in place was an important first step, but acknowledged that “just having the resources does not mean people are going to buy in to it.”

“You can’t just have these services …,” he said. “If I wasn’t calling all along, I’m not going to start now.” 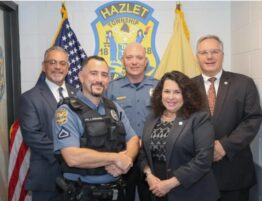 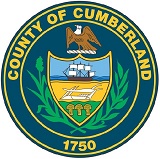 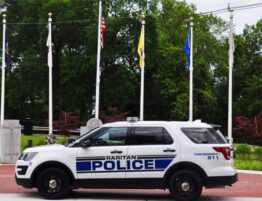 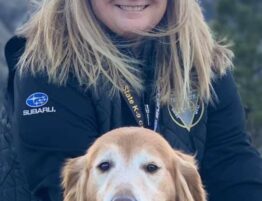 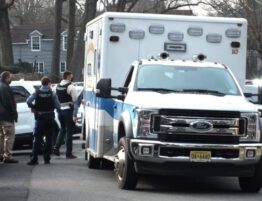 HEROES: A troubled Ridgewood man pulled a knife Thursday morning on village police, who avoided a… 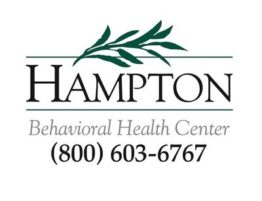 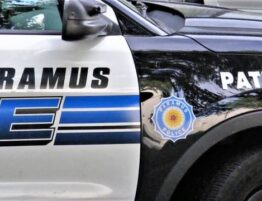