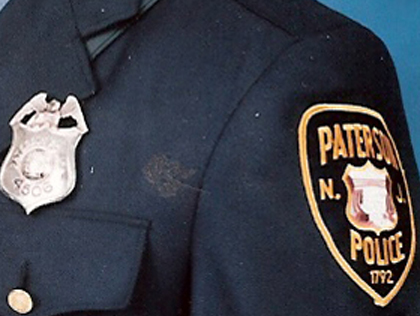 PATERSON, NJ — A city police officer trained in crisis negotiations talked an emotionally disturbed man out of jumping from the roof of a garage on Madison Avenue on Friday afternoon, authorities said.

The officer, Mike Medina, who is certified in the CIT-NJ Center of Excellence Program,  conversed with the man for 30 minutes and gave him a soda before the man agreed to be removed from the roof, city Police Director Jerry Speziale said. The man, whose identity was not released, is a heroin addict who “got to the point where he couldn’t take the pressure of life and the addiction,” Speziale said.

Police had responded to the area of Broadway and Madison about 5 p.m. after receiving a report of a man jumping from roof to roof, the director said.

He said the man threatened to jump “from the peak” of the roof, which is about 40 feet off the ground, and that “could have caused death or serious injury.” Medina, a member of the police emergency response team, talked to the man from “an adjacent area” and “gained his confidence, convincing him not to jump and commit suicide,” the director said.

The man was taken to the St. Joseph’s Regional Medical Center to be evaluated, Speziale said. He had been in Paterson for an unknown period of time, the director said, and originally is from Massachusetts.