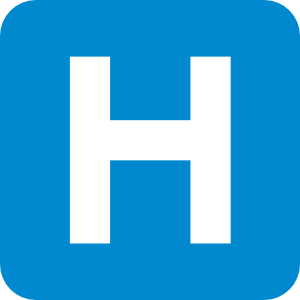 Leaders of five New Jersey hospital and health systems are pushing to fundamentally change the state’s mental health system, which they believe is in crisis.

Three of New Jersey’s counties—Camden, Burlington, and Gloucester have a need for mental health services that outpaces the availability of providers, a 2013community health assessment revealed. The news wasn’t too surprising, especially for area hospitals that have seen a significant increase in behavioral health patients who are using the emergency department for help.

“Because of the failures of the mental health system, people really only have one place to go—the ED—it’s no eject, no reject,” Micoli explains.

Kennedy Health is one of four hospitals in a newly formed alliance that has vowed to work together to improve mental health for southern New Jersey residents. The group is called the South Jersey Behavioral Health Innovation Collaborative, and includesCooper University Health Care, Inspira Health Network, Lourdes Health System, Virtua, and Kennedy Health. What’s different about this collaborative is that it is an effort being led by the CEOs of all five systems.

“These hospitals are coming together in a way that we have not seen in our state before,” says Mary Ditri, director of professional practice for the New Jersey Hospital Association, which is also part of the collaborative. “The CEOS have taken the bull by the horns. Hospitals have to do a community needs assessment, but these hospitals came together as a group to do theirs because the state system is not working in our area.”

High Utilization
Ditri says New Jersey Hospital Association data showed a significant increase in patients with mental health needs using emergency departments statewide. In 2010, behavioral health patient volume in the ED was 14.35%; in 2014, it rose to 17.31%. In 2014, that represents 534,517 behavioral health patients showing up in a New Jersey ED. Statewide, there are a total of 1,425 beds. In Camden, Burlington, and Gloucester counties, the scenario is similar, says Micoli, who is chairman of the collaborative.

“On average, a patient could wait anywhere from 12 to 72 hours,” he says. “There was a day at our Cherry Hill [hospital] campus where we had 25–30 referrals for two beds. That means there were 20 plus patients waiting for hours for a bed to open up.”

One problem the collaborative is aimed at solving is the arduous and time-consuming process for involuntary commitments. The rules for committing a patient involuntarily vary from state to state, and the rules are meant, in part, to intervene when patients are a danger to themselves or others. Micoli says the process can involve up to four different people: a certified screener, a psychiatrist, a doctor, and a judge.

“It’s really inefficient, and you have a family who is in crisis,” he says. “We are working now on a waiver that would allow an ED physician to complete the commitment papers, once the patient has been seen by a certified screener.”

Any deviation from the process requires a change in state regulations, but Ditri says the mental health situation in New Jersey has gotten so bad that legislators are paying attention.

Progress
“They are listening to hospital providers,” she says. “They just came from roundtables where they toured the state, and we are bringing in thought leaders from across the country. The models we are looking at focus on patient throughput. We all agree that the majority of patients who come into the ED don’t need to be there.”

Some of the leaders the collaborative is listening to include Scott Zeller, MD, chief of psychiatric emergency services at the John George Psychiatric Hospital that is part of the Oakland, CA-basedAlameda Health System.

Zeller developed what is known as the Alameda Model, which routes behavioral health patients from the ED to a regional psychiatric emergency service facility that is suited specifically for psychiatric patients. Zeller’s model has received a lot of attention in behavioral health circles because it has demonstrated a reduction in patients waiting for an inpatient bed. Zeller also found that only 24.8% of patients ultimately needed a bed.

“We have a mental health system that developed its deep end first—inpatient and crisis screening, but there is more opportunity in developing alternative services in the community,” he says. “Those community-based services are just not there to help folks stay out of the hospital.”

The collaborative is also getting help from the Camden Coalition of Healthcare Providers (CCHP), a Medicaid ACO led by Jeffrey Brenner, MD. Micoli says Brenner’s work in identifying “superutilizers” of the ED is helping hospitals in the collaborative understand the data needed to identify patient flow.

“Our goal will be to create a geospatial map that tells us where patients are moving,” says Micoli.

The collaborative was initially set up to last for one year, but Micoli and Ditri expect that it will last longer. The work the hospitals are putting in will net results this year, however. Ditri says recommendations from the collaborative will come out later this year, in three different tiers:

It is significant that the mental health needs of a community have captured the attention of hospital CEOs. Physicians, nurses, and families are familiar with the gaps in service and care for these patients. The CEOs of five major hospitals are working together to improve access and care for these patients. They have committed time and money to attempt to change state policy while also assessing changes needed at their own facilities. In raising the profile for mental health services, they are also raising the stakes, says Micoli.

“The CEOs want to see a change in their EDs. This effort is looking for meaningful but sustainable change. We want results,” he says.